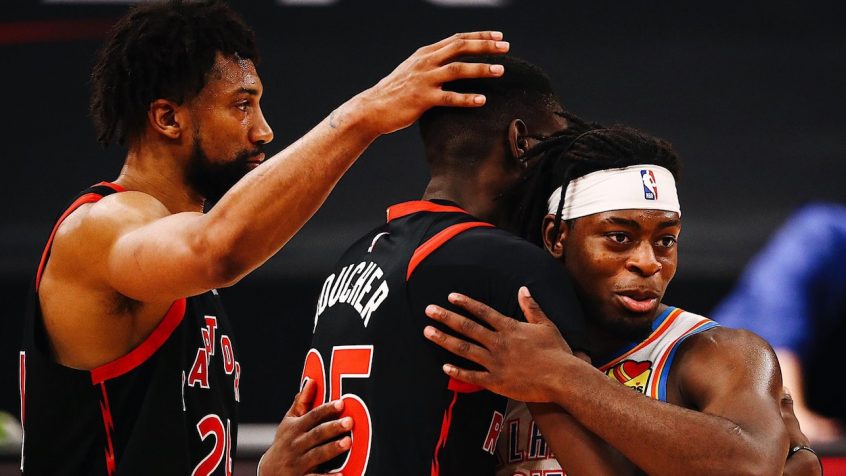 Three Montrealers were among the starting lineups of the Oklahoma City Thunder and Toronto Raptors, a first in the NBA, on Sunday. And they left their mark on the meeting.

Chris Boucher scored 31 points for the Raptors in a 112-106 victory, including the last long-distance shot of the game with just 10 seconds to go, which sealed the outcome of the game.

At the other end of the field, Luguentz Dort remained within one unit of 30 points, but he mostly dominated the first quarter with 21 points, and a perfect record of 7 successful shots in 7 attempts, including 5 from 3 points.

The other Montrealer in the duel, Khem Birch of the Raptors, scored 7 points for a total of 67 by the three Quebecers.